The daughter of one of the wealthiest men in Indonesia was a show-stopper when she spoke at the Asia-Pacific NGO conference on human trafficking in Kuala Lumpur yesterday.

And it wasn’t just her good looks or her stylish clothes that had the audience transfixed.

They listened intently as 28-year-old Rahayu Saraswati Djojohadikusumo, who is an award-winning actress and political aspirant, hit out at Jakarta for its corrupt practices and use of religion as a front for human rights abuses, and for its failure in addressing the problem of human trafficking.

Rahayu said it was because of this that she was running for a parliamentary seat in her country’s general election next month.

She said she decided to join the fight against the modern day slavery after attending a conference in London in 2009.

“I got to know at the conference about girls my age and younger who were trapped in a world which they could not escape from, where they had to serve up to 16 men a day. It was shocking,” she said.

That led her to set up Parinama Astha, a foundation dedicated to fighting human trafficking.

Rahayu comes from a who’s who of Indonesian public life.

She said that whenever she spoke about human trafficking in Indonesia, she would stress the root cause of the problem, the education system and the socio-economic state of its society.

Indonesia, with a population of some 250 million and an archipelago of more  than 17,000 islands, is a haven for traffickers, said Rahayu.

“Yesterday someone expressed disappointment that Indonesia is so corrupt when it is supposed to have the largest Muslim population in the world.

“Well, I’m sorry to say, the political party that claims to be fighting in the name of Islam is one of the most corrupt in Indonesia,“ she said.

“I refuse to condone those who use religion as an excuse to commit violence against women. If it’s against human rights, then it should not be allowed under any law.”

Rahayu said that it was not a religious crisis, but a moral one.

“I refuse to condone those who use religion as an excuse to commit violence against women.

“If it’s against human rights, then it should not be allowed under any law,” she said.

She cited a village outside Jakarta which was known for selling its girls.

“They are famous for ‘kahwin kontrak’ (contract marriage), where you will find 15-year-old girls who have been divorced up to five times, because the local authorities and religious imam of the community say that if they have not seen their husbands for over six months, they can remarry,” she added.

These girls, said Rahayu, did it for the money, adding that it was a form of trafficking.

“But my government gets all fidgety when they have to tackle issues that have religious grounds,” Rahayu said.

According to her, Indonesia is not only a source country for human trafficking, but also a transit and destination point.

She hit out at her government, saying it was not serious about tackling the menace.

With an estimated 100,000 child trafficking cases every year, there are only five detectives assigned to handle them, she said.

Rahayu said tackling human trafficking was also about addressing education and socio-economic issues, and problems in these areas were the reason why it was difficult for Indonesia to have a proper democratic system.

“In an international education level survey, Indonesia ranked 40th out of 40 countries; this makes human traffickers very happy,” she said, adding that the poor were exploited by the wealthy come every election.

Rahayu, saying she was running a tight campaign against money politics, said instead of giving people envelopes filled with money, she was giving them knowledge.

She said when people were invited to listen to speeches by political aspirants, they usually expected money in the form of ‘wang saku’, mobile ‘top up’, and an envelope filled with about 50,000 rupiahs (RM14.50) in exchange for one’s vote.

With 180,000 voters in her district, this would amount to 9 billion rupiah.

“So I ask the voters where the politician will get the rest of the money to cover the cost of their campaign, and their answer is corruption.

“Then I ask them who put the politicians up there, and they say the people.

“Then I tell them I will not be giving them any envelope,” she said.

Rahayu,  who was previously a co-presenter on a talk show in Indonesia, said that she used various channels to promote her fight against human trafficking.

“The talk show was on national television but it also streamed live online.”

She said that it was her work for the cause that landed her a job as the Indonesian ambassador for cosmetics giant Clinique, and at promotional events, she would bring up her message.

When she represented the country at the Apec Women and Economic forum in Russia two years ago to speak about the work-life balance of women in Asia Pacific countries, Rahayu used the platform to discuss human trafficking.

She said she had no qualms maximising the use of any means to promote her cause.

“Sometimes you have to be shameless and use any means to get the message across, even if it means using your family name to get people to listen.” – March 22, 2014. 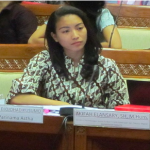 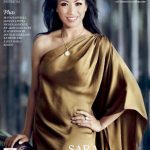 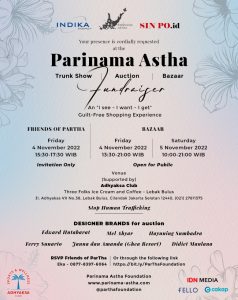 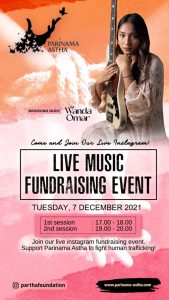 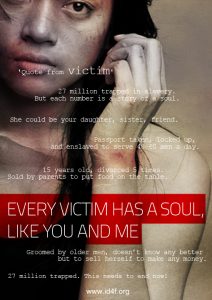